HAVE YOU BEEN INJURED?

Another common type of birth injury is Brachial Palsy, also called Erb-Duchenne (Erb’s) palsy, and Dejerine-Klumpke (Klumpke’s) palsy. Brachial Palsy is a paralysis or weakness of the arm caused by damage to the brachial plexus.

The brachial plexus is a network of nerves that conducts signals from the spine to the shoulders, arms, and hands of the baby.

Although brachial nerve injuries can occur at any time, many brachial plexus injuries happen during a difficult delivery, for instance when the baby’s shoulders become impacted during delivery and the brachial plexus nerves stretch or tear, when the infant’s head and neck are pulled toward the side as the shoulders pass through the birth canal, and when there is excessive pulling on the shoulders during a vertex delivery (the newborn is delivered head first) or by pressure on the raised arms of the baby during a breech delivery (the newborn is delivered feet first).

The Symptoms of brachial plexus injuries may be noticed immediately after birth or soon after the birth of the infant. The symptoms include a paralyzed or limp arm, a lack of muscle control in the arm, hand, or wrist of the baby, and a lack of feeling or sensation in the baby’s arm or hand.

If you see the following symptoms in the baby, this may be a sign of a brachial plexus injury:

1. The baby has a lack of spontaneous movement in the upper or lower arm or hand;

2. The baby’s grip is decreased on the affected side;

3. The baby’s arm is not in a normal position (arm flexed at elbow and held against body);

4. The baby’s arm is weak on the affected side;

5. There is an absence of Moro reflex on the affected side. Moro reflex is a normal reflex in newborn infants which is checked by the Doctor during a physical examination. This reflex normally disappears 3 or 4 months after birth.

The absence of the Moro reflex on one side of the infant suggests the possibility of a fractured clavicle or injury to the brachial plexus from birth trauma. The absence of the Moro reflex on two sides may indicate damage to the central nervous system (the brain or spinal cord). Paralysis on one side of the body may also produce an asymmetrical Moro reflex. This reflex will be present in an infant with pseudoparalysis (the infant has a fracture and is not moving the arm because of pain, lack of coordination, or other cause, and not due to actual paralysis. The affected arm may flop when the infant is rolled side to side.)

There are four types of brachial plexus injuries:

2. Rupture brachial plexus also involves a torn nerve, however the nerve is not torn at the spinal attachment;

3. Neuroma brachial plexus involves a torn nerve which has healed, however scar tissue puts pressure on the injured nerve and prevents it from conducting signals to the muscles; and

In more severe cases, surgery to repair torn nerves may be necessary and a Pediatric Neurologist and Orthopedic Hand Surgeon should be consulted. Tendon transfers may also help to compensate for nerves that are not functioning properly.

Brachial palsy may be avoided by the use of Cesarean Section or C-Section (where the baby is removed surgically through the abdomen) during delivery when medically necessary and with the use of improved delivery techniques.

The risk of brachial plexus injuries increase with the delivery of a larger than average baby, shoulder dystocia (explained below), and breech delivery (the newborn is delivered feet first).

Shoulder dystocia is defined as a delivery that requires additional obstetric maneuvers to release the baby’s shoulders after gentle downward traction has failed. Shoulder dystocia occurs when either the anterior (front) shoulder of the baby or, less commonly, the posterior (back) shoulder impacts on the mother’s pubic bones or the anterior portion of the sacrum (the triangular bone between the two hip bones).

Shoulder dystocia can cause Erb’s Palsy (paralysis or weakening of the arm due to stretching the nerves centered around the shoulders) or a broken collarbone. The baby loses the ability to flex and rotate the arm. If the injury caused bruising and swelling around the nerves, movement should return within a few months. Tearing of the nerve may result in permanent nerve damage.

If the difficult delivery caused any fractures of the newborn baby’s arm and shoulder, the fractures can cause pseudoparalysis (inhibited motion due to pain, lack of coordination, or other cause, and not due to actual paralysis). The symptoms may be very similar to brachial plexus injuries, although the long-term outlook is very different. In cases of pseudoparalysis, the child will begin to use the affected arm as the fracture heals.

Medical Malpractice cases in Maryland are complicated and have many nuances which can affect whether you may recover for the injuries and losses caused by the medical provider’s negligence.

My Firm knows and understands the dynamics of these cases and is well-versed in the many aspects of these types of medical negligence cases. I provide the level of expertise and sensitivity that is needed to handle these types of cases properly.

To get more information about whether you have a medical malpractice case, call me directly at 410-983-3022, complete the Contact box on the left side of this page, or email
me directly.

You can also protect your case by reading my Free Medical Malpractice Fact Book. 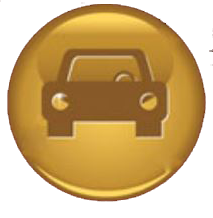 Find the answer to your questions: What Do I Need To Do Next? What Can I Recover? Should I Get a Lawyer?… 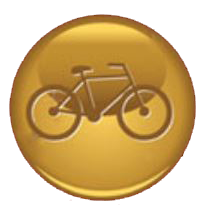 Rider are at a disadvantageon the roads. Fortunately,there is legal protection… 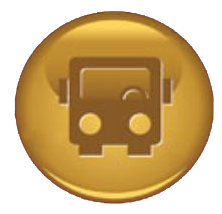 Find out why accidentsinvolving trucks are differentfrom car accident cases… 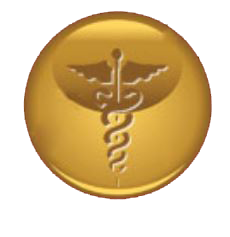 Medical provider are expected to be careful and precise, yet